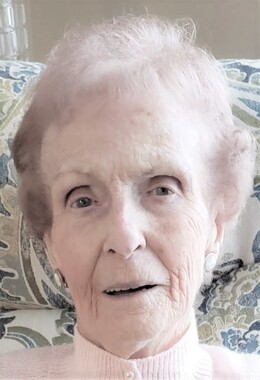 Back to Thelma's story

Portland - Thelma Hall Saucier, 92, who lived at Park Danforth in Portland, Maine, passed away peacefully, with her grandson holding her hand, on February 8, 2020, in Scarborough, Maine.
Thelma was born in Houlton, Maine, to Emily & Roy Drake on 9/19/27. She graduated from Ricker High School in Houlton. She met our Dad while roller skating and they married in 1948. They had three daughters, Charlotte, Ina and Beverly and when Dad was in the Army they moved to Kentucky. Once Dad was out of the Army, he worked for Maine Central Railroad and lived in Scarborough. We always had company, especially Mom's brothers, Ervin & Hazen, and their families. One time there were 26 people staying overnight! Mom would bake beans and homemade bread every Saturday night.
Mom and Dad started bowling at the Big 20 and she was an excellent bowler. Her high scores were 364 for three strings and 159 for one string. They socialized with many of Dad's railroad friends. Mom did not work outside the home until we all graduated, then she worked at Herman Shoe Factory. When Dad passed in 1983, they had been married 35 years.
After Dad passed, she continued working at Herman Shoe. She was invited to dinner by a co-worker and met Bob Saucier and they married in 1987. Bob bought Mom a rose every Saturday. They traveled to Florida, Nevada, Houlton & Eagle Lake to visit their relatives. On most holidays, they had family gatherings. She was married to Bob for 34 years.
After Herman Shoe closed, Mom worked at Sebago, Moc and W. H. Nichols, where she retired. Throughout her life, she enjoyed country music and going Country & Western dancing with her friends. She also enjoyed playing cards and bingo.
Her girls were a big part of her life. Her daughters made sure they included her on their weekly shopping trips. She enjoyed her grandchildren, who called her "Gram". Her first grandson, Chad, was involved in a car accident in 1975, which resulted in Chad living at CASA in Scarborough. She visited him every day. Her great-grandchildren called her "GG". She spent the weekend prior to her death with four of her great-grandsons in Greene, Maine.
She is preceded in death by her brothers, Hazen and Ervin Drake, as wells as her grandson, Chad Purington.
Thelma is survived by her husband, Bob Saucier; daughters Charlotte Darling & husband, Danny.Ina Sprague and husband, Steve, Beverly DeBevoise and husband, Gary Symonds; step-sons Joe and David Saucier; grandchildren Trevor Beaulieu & wife, Spring, Brent Purington and fiancée', Kierstin Smith, Kim Hackett and husband, Jeff, Kyle Purington and wife, Sonya and Sara Saucier; great-grandchildren Zachary, Hunter and Trevor Beaulieu, Abe, Wyatt, Everett and Brooks Purington; Emma; and many nieces and nephews.
Visiting hours will be from 1:00 PM to 3:00 PM on Sunday, February 16, 2020, at Hobbs Funeral Home, 671 U.S. Route One, Scarborough, ME. A funeral service from 3:00 to 4:00 PM will be followed by a reception at the funeral home. Burial will be at Blue Point Cemetery at a later date.
In lieu of flowers, we would like you to consider donating to ITN (Independent Transportation Network) 90 Bridge Street, Suite 210, Westbrook, ME 04092. This transportation service allowed our Mother the freedom to visit her husband, Bob, on a daily basis & live independently.
Online condolences may be expressed at
hobbsfuneralhome.com.
Published on February 12, 2020
To send flowers to the family of Thelma Hall Saucier, please visit Tribute Store.

Send flowers
in memory of Thelma