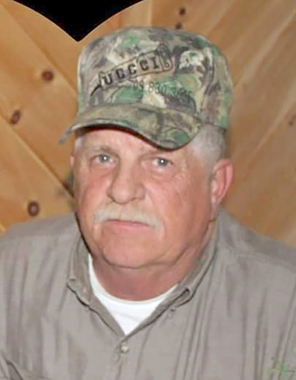 Back to Ted's story

Houlton - Ted Eugene Ivey, 72, of Houlton, died in the early morning hours with family by his side on Wednesday February 5, 2020, at Hospice in Chatanooga, TN, after a short battle with cancer. Ted was born on August 9, 1947, in Houlton, and was predeceased by his loving parents, Raymond and Glenna Ivey.
Ted was a lifelong Houlton resident and spent his earlier part of life as a long-haul truck driver. Once Ted left the road, he worked for his community in various ways, from serving as the Fire Marshal to owning and operating the Southern Aroostook Food Pantry.
Ted is survived by his seven children, Kimberly Russell of Saco, Corinna Miller of Biddeford, Jolene Pike of South Portland, Ted Ivey Jr. of Houlton, Julie Ivey of Houlton, Ray Ivey and his Fiance, Alishia Ledger of Cohutta, GA and Eugene Ivey of Argyle Township. Ted also leaves behind his siblings, Joyce Ivey of White Bluff, TN, Bruce Ivey and his wife, Shirley of White Bluff, TN, Cathy Russell of Cromwell, CT, Susan Thompson and her husband, Gary of Ludlow; many nieces, nephews and grandchildren.
A Celebration of Life is being planned for later in the spring and details will be announced at that time.
Published on February 6, 2020
To send flowers to the family of Ted Eugene Ivey, please visit Tribute Store.

Send flowers
in memory of Ted

Willard Paradis
I know when I lived up home we use to hang around together and I would see him once in while when I visited Maine. He was a good friend. God's love and prayers for you all especially him
butch & deb russell

Beverly
Ted was my cousin, and he was a friend to many. Loved his kids and his family. He will be missed. Rest in peace.
Pat Royal
My condolences to the entire Ivey families. We had all been close friends for many years. Saddened by this news.😢
Avis Collins

Ted was always kind and did alot for many many people heart was size of Texas! He was a angel on Earth and he's one in heaven now!!! He was so awesome to all and I am saddened we lost a wonderful person!

Carol ivey
Sorry to hear this. We cousins had a lot of fun the summers in Houlton on the IVey dairy farm
Carla Epley
So sorry for your loss, Ted was a big part of our family for so many years. He will he missed dearly.
Richard (Ricky) Boyd
He was a first class man, a good friend growing up inHoulton.May God’s mercy and blessings be upon his family and love ones and all who remember him with love
Lori Rondyke
Ted you will be misses by so many people.
Andrea Phillips
I don't know Ted I know your in a better place. Pain free and no longer suffering. I know you didn't know but Mama passed same day as you. I love toy my friend i don't know if i can get through this alone.
Ricky & Marilyn Haney
Ted was a wonderful friend and he will never be forgotten. He was always there for someone. R.I.P. Ted Our sympathy and prayers are going to Ted's famile.
View all