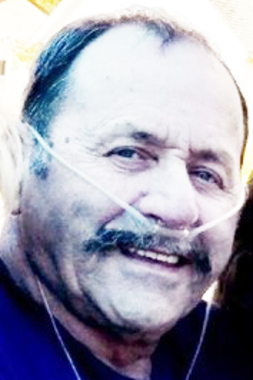 Back to Roger's story

Presque Isle - Roger Lafrance, 74, husband of Ruby V. (Little) Lafrance, passed away Saturday afternoon, January 4, 2020 at a Presque Isle hospice facility, following an extended illness. He was born March 14, 1945 in Eagle Lake, the son of Victor and Rosanna (Theriault) Lafrance.
He attended school in Eagle Lake and had been employed as a concrete foreman for Buck Construction for thirty-five years prior to his retirement. Roger was a member of the National Rifle Association and loved to fish, hunt, play cards and poker with friends and most especially enjoyed his daily Yahtzee games with his wife Ruby, a tradition which they shared for many years.
In addition to his parents, Roger was predeceased by five brothers, Norman, Richard, Marvin, Ronald and Donald Lafrance.
He is survived by his wife Ruby of Presque Isle; one son and daughter-in-law, Rick and Courtney Lafrance of Biddeford; one daughter, Melissa Lafrance-Passos of Cape Coral, Florida; two brothers, Gerald Lafrance and his wife Maxine of Presque Isle, Rodney Lafrance of Connecticut; one sister, Betty Howell and her husband Bob of Connecticut; four grandchildren, Raevyn Hayes of Fort Myers, Florida, Jaide Hayes, Marina and Sebastian Passos, all of Cape Coral, Florida; numerous nieces and nephews.
Relatives and friends are invited to share in a Celebration of Roger's Life and potluck fellowship on Saturday January 11, 2020 at 4:00 p.m. at the Presque Isle Elks Lodge, 508 Main Street, Presque Isle. In lieu of flowers, those who wish may contribute in Roger's memory to the Aroostook House of Comfort, P.O. Box 867, Presque Isle, Maine 04769. Arrangements have been entrusted to the Giberson-Dorsey Funeral Home and Cremation Service, 144 Main Street, Fort Fairfield.
Online condolences may be expressed at
gibersondorseyfuneralhome.com
Published on January 6, 2020
To send flowers to the family of Roger Lafrance, please visit Tribute Store.

Send flowers
in memory of Roger

Peaceful White Lilies Basket was purchased for the family of Roger Lafrance by Love, David and Dawn Little.  Send flowers