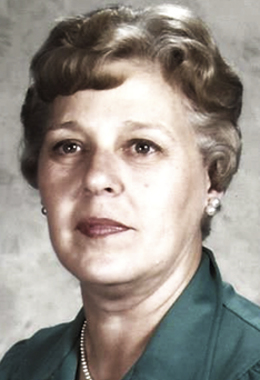 Back to Phyllis's story

Leeds - Phyllis Maxine (McKenney) Harrington, 94, passed away, on June 2, 2019, in Leeds, ME., with family, friends and her loving cat, Beau, by her side. Phyllis died of natural causes.
Phyllis was born Dec. 22, 1924 in the town of Lagrange, ME. She is the daughter of Curtis and Glade (Porter) McKenney. Phyllis was a lady of elegance, grace and class. She graduated from Patten Academy in 1942. Edgar and Phyllis (McKenney) Harrington, married in 1964. Phyllis worked, alongside her husband, in the Insurance (Patten Insurance Agency) and Potato (Harrington Farms)industries. She was a member of Stetson Memorial United Methodist Church (Patten), where she sang in the choir. She was also a member of the Rebecca's Lodge. Phyllis enjoyed reading, writing, singing, traveling, nature of all kinds and spending time with family. Phyllis was a very giving and caring person and often donated money to several causes, including a college scholarship fund, at Katahdin High School, in her husband's name. Phyllis was a resident of Sunnybrook, Brunswick, ME for 13yrs, after living in Patten. She then moved to Leeds, ME to live with her grandson, Ryan.
She was predeceased by her husband, Edgar Harrington of Patten, ME; her brother, Gerald McKenney, of St. Louis, MO; her sisters, Dorothy (McKenney) Messer of Patten, ME and Thelma (McKenney) Pike of Scarborough, ME.
She is survived by, her son, Kerry and Heidi(Garton) Birmingham, Topsham, ME; her daughter, Doreen (Birmingham) and Douglas Fuller of Vinegrove, Kentucky; grandchildren, Kim (Birmingham) Jacobs, of Lakeland, FL; Ryan and Jill (Brooks) Birmingham of Leeds, ME; Danita (Birmingham) and Darren St. Peter of Windham, ME; Joanna (Birmingham) and Brian Kenney of Scarborough, ME; Jason and Tawyna Fuller of Vinegrove, Kentucky; Jessica (Fuller) and Rob Bryan of Radcliff, Kentucky; great-grandchildren, Kelsee Jacobs, Auburndale, FL, Cameron Jacobs, Derry, NH, Noah Birmingham, Milton, FL, Elise Birmingham, Milton, FL, Alyssa Birmingham, Leeds, ME; Gracelynn Birmingham, Leeds, ME, Dasia Stevens, Leeds, ME, Donovan Stevens, Leeds, ME: Dylan St. Peter, Windham, ME; Kaitlyn Kenney, Scarborough, ME, Tyler Kenney, Scarborough, ME; Randy Culver, Radcliff, Kentucky, Joshua Culver, Radcliff, Kentucky, Emily Culver, Radcliff, Kentucky, John Culver, Radcliff, Kentucky, Lindsay Gonterman, Radcliff, Kentucky; Willie Fuller, Vinegrove, Kentucky, Andrew Fuller, Vinegrove, Kentucky;
great-great-grandchildren, Lyla Smith, Auburndale, FL, Jaxson Smith, Auburndale, FL.
Friends may call/visit from 6-8 p.m. Friday, June 7, 2019, and a funeral service will be held at 2:00 p.m. Saturday, June 8, 2019, at Stetson Memorial United Methodist Church, in Patten, ME. Douglas Fuller, son in-law, will be officiating the service. Phyllis will be donating $1,000.00 to her favorite charity. In lieu of flowers, donations can be sent to your local animal shelter(s). To share stories and to leave condolences, visit: http://www.bowersfuneral.com
Published on June 4, 2019
To plant a tree in memory of Phyllis Maxine (McKenney) Harrington, please visit Tribute Store.

Plant a tree in memory
of Phyllis