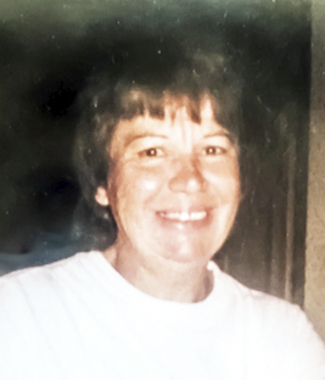 Back to Mildred's story

Chapman - Mildred B. Carrier, 83, passed away on January 10, 2020 in Presque Isle, Maine. She was born in Siegas, New Brunswick, Canada on August 8, 1936. Mildred was the daughter of Euclid and Louise (Tardif) Desjardins. She was the third of ten children.
Before marrying, Mildred enjoyed her younger years working as a nurse in Montreal, Quebec. In 1963 she married John Carrier Jr. in Sainte-Anne-de-Madawaska, New Brunswick. They enjoyed 56 years in matrimony raising their four children together in Chapman, Maine and later taking pleasure in their eight grandchildren. Mildred was a devoted wife and mother. She enjoyed gardening, restoring furniture, walking in nature, picking wild berries, and spending time with her family. It has been described Mildred was DIY before it existed.
Mildred is survived by her husband, John and their four children with their spouses: Nan Davis of Austin, Texas; John and Sandra Carrier III of Chapman, Maine; Christine and David Smith of San Antonio, Texas; and Nicole Carrier and Seth Gillis of Portland, Maine; and her beloved grandchildren Abagail, Bridgette, Charlotte Carrier; Benjamin and Christopher Smith; and Reid, Graham, and Julianne Gillis. She is also survived by her brother Jeannot Desjardins and sisters Hermaine Michaud, Nelka Lafrancois, Juliette Tardif, Ghislaine Violette, and Huguette Michaud.
In addition to her parents Mildred is predeceased by her brothers Harold and Odeo Desjardins, and her sister Ursule Ouellette.
Friends and family may call on Tuesday, January 14th, from 9-10 am at Parish of the Precious Blood, St. Mary's Catholic Church in Presque Isle where a Mass of Christian burial will be held at 10 am. Memories and condolences may be shared with the family at duncan-graves.com. The family would like to thank the Aroostook House of Comfort for their hospitality and graciousness during Mildred's final moments. In lieu of flowers donations may be made to the Aroostook House of Comfort at aroostookhouseofcomfort.org on Mildred's behalf.
Published on January 13, 2020
To send flowers to the family of Mildred B. Carrier, please visit Tribute Store.

Send flowers
in memory of Mildred