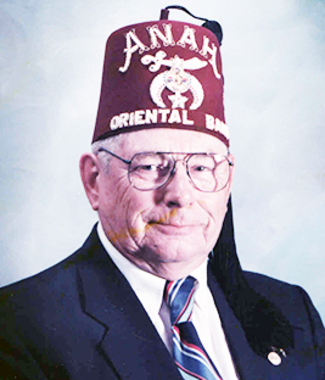 Back to Melvin's story

Easton - Melvin R. Cleaves, 91, husband of the late Helen F. (Brown) Cleaves, passed away Monday afternoon, November 25, 2019 at a Mars Hill healthcare facility, following a period of declining health. He was born September 15, 1928 in Presque Isle, the son of Almon and N. Shirley (Richardson) Cleaves.
Melvin attended Easton schools and while he was still in high school began a career in potato farming, which lasted until 1957. He later worked as a mechanic and snowplow operator for the Town of Easton, and also had been employed as a farm equipment mechanic at M.P.G. in Presque Isle until his retirement. After relocating to Florida after his retirement, Melvin continued to work as a caretaker at Rainbow Village in Zephyrhills, Florida. He was a member of the Mars Hill Aroostook Masonic Lodge No. 197 AF & AM, the Anah Temple Shrine, where he participated in the Oriental Band, and was a member of the Scottish Rite 32 degree.
In addition to his parents, he was predeceased by his wife Helen on December 19, 2013; and a granddaughter, Jayne Whitehouse.
He is survived by two sons, Melvin D. Cleaves and his companion Sara Johnston of Caribou, Robert E. Cleaves of Easton; two daughters, Brenda E. Pardee of Zephyrhills, Florida, Linda S. Cleaves of Easton; a stepdaughter, Debbie Dionne and her husband Jack of Easton; two brothers and sisters-in-law, Vernon K. and Patsy Cleaves of Wallingford, Connecticut, James A. and Lorraine Cleaves of Meriden, Connecticut; one sister, Christine M. Arnold of Owasso, Oklahoma; fifteen grandchildren; fifteen great grandchildren; three great great grandchildren; several nieces and nephews.
In keeping with Melvin's wishes, there will be no services. Interment will take place at Estes Park Cemetery, Easton at a later date. Those who wish may contribute in memory of Mr. Cleaves to the Shriner's Hospital for Children, 51 Blossom Street, Boston, MA 02114. Arrangements have been entrusted to the Giberson-Dorsey Funeral Home, 144 Main Street, Fort Fairfield.
Online condolences may be expressed at
gibersodorseyfuneralhome.com
Published on December 2, 2019
To plant a tree in memory of Melvin R. Cleaves, please visit Tribute Store.

Plant a tree in memory
of Melvin