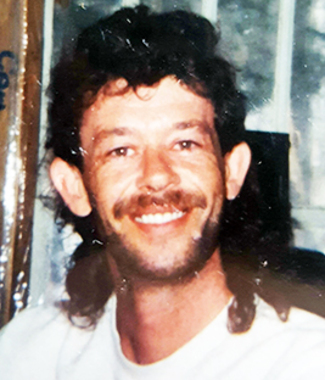 Back to Joel's story

Mapleton - Joel A. Kennedy, 53, passed away on Sunday, March 15, 2020, in Mapleton. He was born in Mars Hill on July 21, 1966, to Ira and Leta (weed).
Joel enjoyed working hard and always making people laugh. His greatest pride and joys in life were his seven grandchildren. He loved being their "Boo Boo".
Joel had six children: Joshua Kennedy, Jamey (Kristina) Kennedy, Jesse Kennedy, Morgan (Chris) Lambert, Leta (Chris) Kennedy, and Torin Kennedy; and seven grandchildren: Damien, Colby, Khloe, Hayden, Beckett, Christopher, and Blake. He had 4 brothers John (Marie) Faggioli, James (Cathy) Kennedy, Wilmont (Mary) Kennedy, and Ray Kennedy. Joel was quite a unique guy who always lit up a room and loved to have a great time. He will be greatly missed by so many of his family members and friends.
In addition to his parents, Joel was predeceased by his brother Wilmont Kennedy, and two of his sons Joshua and Jamey Kennedy.
A gathering will be held at a later date to celebrate Joel's life. Memories and condolences may be shared with the family at
duncan-graves.com
Published on March 22, 2020
To send flowers to the family of Joel A. Kennedy, please visit Tribute Store.

Send flowers
in memory of Joel