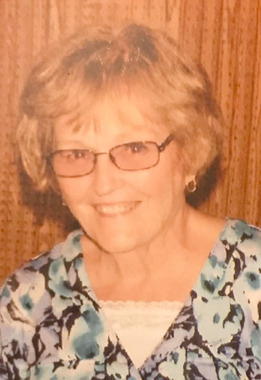 She graduated from Houlton High School in 1959 and was a happy homemaker and employed at Aroostook Trust Company. For the following 25 years she was employed as the Deputy Clerk for the Caribou Court House until retirement in 2004.

She was a loving mother who dedicated her life to her children and grandchildren. She was known as her grandchildren's private chauffeur and loved to attend all of their sporting events. She was active in the Faith Lutheran Church of Caribou and a member of the New Sweden Extension for many years. She enjoyed puzzles, knitting, cross stitching, and gardening in her spare time.

Donna also loved family gatherings, going for woods rides and taking her grandchildren on the side by side. She thoroughly adored her pets Dena, Molly, and Hanna.

She is predeceased by her parents, son Stephen V. Bither, and special Aunt Marjorie Neff. In 1998 she married her current husband Ray.

She will be missed by many because she was a friend to all. Funeral services will be held in the spring and will be announced at a future date in the Aroostook Republican. Memories and condolences may be shared at www.lancastermorgan.com
Published on February 10, 2020
To send flowers to the family of Donna Cyr, please visit Tribute Store.

A place to share condolences and memories.
The guestbook expires on May 10, 2020.