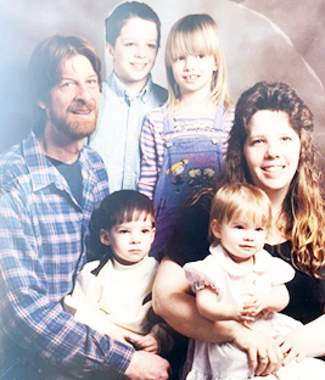 Back to David's story

Presque Isle - David Wayne Cook, 55, unexpectedly passed away Friday, March 6th, 2020. He was born on September 23, 1964 in Presque Isle Maine, to his father Asa Cook and mother Patricia Templeton.
Growing up in Ashland, David was very close to his grandparents Ollie and Cassie Cook.
David's greatest accomplishments and joys in life were his two beautiful children, Brandon and Jessica Cook. You could always find him spending his time with his children and watching his granddaughters grow. He spent his last days visiting his son and granddaughter in North Dakota. He would always be there to help anyone in need. Although often he was misunderstood, his wit and sense of humor will always be remembered. He liked to play by his own set of rules. He was a true wildcard and lived every day as if it was his last.
David is survived by his son, Brandon Cook, daughter, Jessica Cook, granddaughters Hazel Cook and Layla Page.
He is predeceased by his parents and grandparents.
A celebration of David's life will be held at the Ashland VFW on April 11, 2020. Contact the family for a time.
Published on March 12, 2020
To plant a tree in memory of David Wayne Cook, please visit Tribute Store.

Plant a tree in memory
of David

Gail Gallagher
Rest in Peace David. We did share some great memories
Susan Burton Dentremont
So sorry for your loss, Mike. May he Rest in Peace.
Jen bouchard
You will always hold a place in my memories Dave, that’s a fact. I know you loved Jess and Brandon with everything in ya. You always did your best with what you had to work with, for your kids. Those who knew you well enough, knew that your kids were your everything! Loving father for sure..
It’s so sad and breaks my heart that you are no longer in this world. But when I think of you in heaven it’s a happy feeling. Knowing you Havnt anymore pain. You will be missed by many. Fly high and rest easy as well buddy. :(
alan wakefield
Dave came to texas and lived with Pete and me..What a funny guy..He worked in a sheetrock plant with us.Sold him a motorcycle I had and he drove that thing threw the coldest weather all bundled up..But he was getting to work.Definately misunderstood but if he was with you,he would back you no matter what..Had the funniest deep laugh...Dave also work on maintaining gas pipelines with Pete..He could bust ass at work and still enjoy life alittle in the evening.He had a soft side that that he didn't let many see but if you saw it you could understand that he was a great guy with some walls...I lost contact with him over the years but was always happy that he was part of my life of great memori...es...Sleep well my old friend on your next journey.....alanRead more
View all