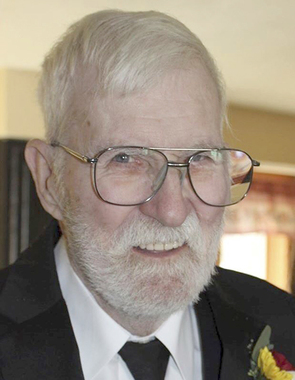 Back to Carl's story

Fitchburg, Mass. - Carl C. Little, 85, passed away peacefully on February 17, 2020, at The Highland's in Fitchburg, MA, after a long battle with Dementia. He was born on September 29, 1934, in Presque Isle, to Bernard Little and Florence (Churchill) Little.
He served honorably in the US Army in Korea. Carl started his own accounting company with an office in Jaffrey, NH after receiving his CPA license in 1979. He was a strong believer in community service. He had served as Selectman, Town Treasurer, and as a member of both the Budget Advisory and the Capital Improvement Committees in Rindge, NH, where he had a home with his wife, Nancy (Lovejoy) Little. They later moved to Fitchburg, MA, after retirement.
Carl is survived by his wife, Nancy; his children, Shannon, Kelly, Kork, Shaju and Cory; as well as his grandchildren and great-grandchildren.
At Carl's request, there will be no calling hours. A celebration of life will be held on March 21st from 12 to 2 at the hall in Jaffrey VFW Memorial Post #5613, 12 Hathorn Road, Jaffrey, NH 03452.
In lieu of flowers, memorial donations may be made to P.O.O.R. (Pumpkin Organization of Rindge). P.O.O.R. was started by Carl and his pumpkin growing buddies and provides scholarships to graduates of Conant High School, as well as support for Rindge local non-profits. P.O.O.R., 47 Coot Bay Drive, Rindge, NH 03461 or to Jaffrey VFW Memorial Post #5613, PO Box 483, Jaffrey, NH 03452, or to the Alzheimer Association at 166 S River Road, #210, Bedford, NH 03110.
To share memories, photos or condolences with Carl's family, please visit cournoyerfh.com
Published on March 6, 2020
To plant a tree in memory of Carl C. Little, please visit Tribute Store.

Plant a tree in memory
of Carl

Gary Churchill
CARL WAS MY COUSIN MY FRIEND WHEN OUR FAMILY WENT TO THE FARM TO VISIT SO MUCH FUN ONE YEAR HE DECORATED THE HOUSE IN PRESQUE ISLT WON FIRST PRIZE THEY HAD A ROOSTER. CARL WOULD RIDE HIS BIKE RIDE PAST THAT ROOSTER TEASED IT COULDN’T CATCH CARL ONTHE BIKE I WAS FIVE YEARS YOUNGER WENT OUT TO THE BARN YARD THE ROOSTER LANDED ON MY BACK NOT FUN ALWAYS KIND SO MUCH FUN WITH HIS DOG JACK CARL MY MEMORY OF HIM. ALWAYS FUN HE WILL BE MISSED BY ALL
View all