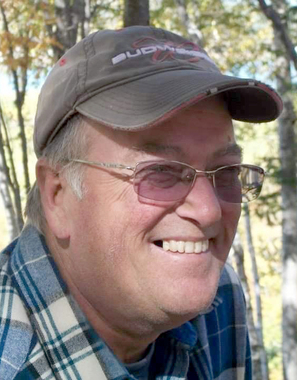 Back to Alan's story

Washburn - Alan Wayne Carter, 69, died February 6, 2020, at his Washburn residence following period of declining health. He was born in Presque Isle, October 26, 1950, the son of the late Raymond Charles and Glennis Marie (Chandler) Carter.
He was a 1969 graduate of Presque Isle High School and then in 1989, he earned his degree in paramedicine from NMVTI. Mr. Carter served with the US Army during Vietnam. On May 4, 1974, he married Elizabeth Anne Corey. Alan was a paramedic for over twenty years, first with Keegan Ambulance Service and then with Crown Ambulance until his retirement. He was a member of the Washburn ATV and snowmobile clubs and truly loved to spend time in the outdoors with family and friends, especially at his favorite fishing spots.
Surviving, in addition to his wife of over 45 years, Anne, of Washburn, are his daughter and son-in-law, Angela Marie and Scott Dow of Woodland; three grandchildren, Hannah and Mitchell Dow, and Marcus Carter. Mr. Carter was predeceased by a son, Wayne, in 2012.
A celebration of Alan's life will be held at 1:00pm on Saturday, February 15, 2020, from the Washburn Pentecostal Church with Rev. Bruce Blakney officiating. Following the service, all are invited to a time of continued fellowship and refreshments with the family in the church dining hall.
Arrangements by Mockler Funeral Home, 24 Reservoir Street, Caribou. mocklerfuneralhome.com
Published on February 7, 2020
To send flowers to the family of Alan Wayne Carter, please visit Tribute Store.

Send flowers
in memory of Alan

Steve Canders
My deepest sympathy. I will always fondly remember Alan from my time in Washburn. Always with that smile the photo perfectly captures. A truly good person.
View all